On Thursday April 28, 2022, Deputy Earl Gay officially retired from his duties at the Garfield County Sheriff’s Office (GCSO). Gay began his career with the GCSO in 1997. Although he was Peace Officer Standards and Training-certified (P.O.S.T.), he spent his initial time as a deputy in the Garfield County Jail until a position opened up in the patrol division.

He enjoyed his work and spent the next 25 years of law enforcement working primarily for the Garfield County Sheriff’s Office. Gay achieved the rank of corporal during that time. He was well known for his infectious smile and quiet demeanor – traits he carried with him into the field when dealing with the public.

He currently resides outside of Garfield County, but returned to the Sheriff’s Annex in Rifle for an opportunity to see his friends and fellow co-workers as they gathered in a more relaxed and social setting. Pictured above is Deputy Earl Gay in his class As, as well as a few photos taken at his retirement celebration. We wish Deputy Earl Gay all the best as he moves forward with his life knowing full well that he will be missed here at the sheriff’s office. 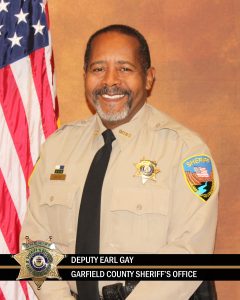 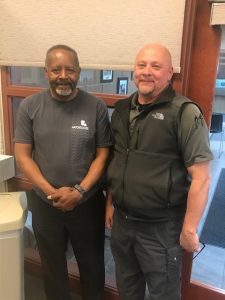 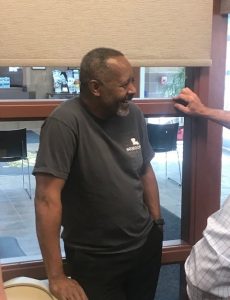